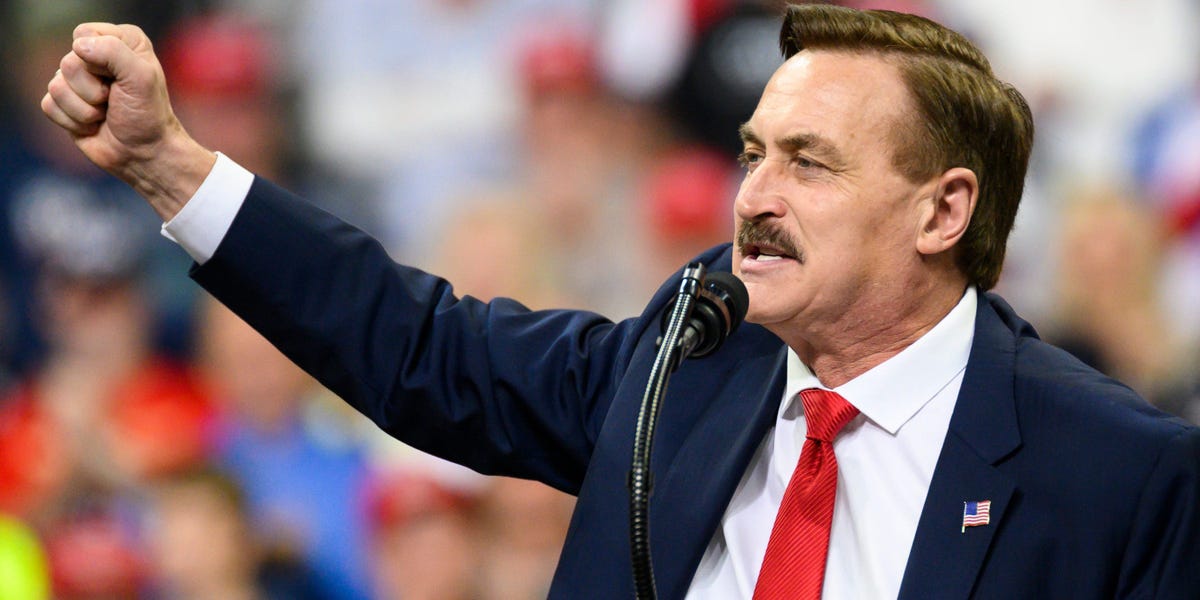 MyPillow is known for its late-night infomercials and radio ads – and these may help maintain the brand’s revenues after retailers cut ties with the brand, CEO Mike Lindell told Insider.

Since January, MyPillow’s products have been pulled by at least 22 retailers, including Sam’s Club, Kohl’s, and Bed Bath & Beyond, after Lindell spread voter-fraud conspiracy theories.

Lindell spoke to Insider in a phone interview Thursday, where he discussed the approximately $65 million in lost revenue this year that this is expected to cost the company, as previously reported by Insider’s Jacob Shamsian.

“We obviously can’t get that back, we’re going to lose that,” Lindell told Insider on Thursday.

But the growing audience for radio and podcast shows could help MyPillow fill this gap through direct-to-consumer (DTC) sales by creating more advertising opportunities, he said.

“We’re going to look at other strategies to try and get that revenue back,” Lindell said. “We’re looking at every space for that.”

“We’ve expanded so much in radio and podcast, that’s our biggest expansion right now,” he added. “It’s just booming right now. We hope that that makes up a lot of it.”

Read more: The MyPillow guy says God helped him beat a crack addiction to build a multimillion-dollar empire. Now his religious devotion to Trump threatens to bring it all crashing down.

In court filings, the company has said that it spends around $5 million a month on advertising, per The New York Times.

Because MyPillow has always focused on direct consumer advertising, the shift from retailers to DTC sales won’t be hard for the brand, Matt Voda, CEO of OptiMine, told Insider.

Lindell said in late March that lots of customers have been buying products directly through MyPillow, and that it’s had to hire more staff to meet demand. It’s expanded beyond just pillows, and Lindell told Insider Thursday it had more than 110 different products.

“TV traditionally helps box store sales, but I’m very confident that the radio and podcasts are gonna make up a lot of the lost box store revenue and retailers,” Lindell said.

Lindell told Insider that during the pandemic more people were watching TV so the company’s infomercials can reach a bigger audience than they could in the past, but that as the US opens up MyPillow will pivot to spend more money on digital advertising.

Analysts told Insider that infomercials have worked well for the brand in the past — but it may need to knuckle down on social-media advertising if it wants to attract new customers.

MyPillow is a private company, so its financial information isn’t published, but he told The New York Times that its 2019 revenues topped $300 million.