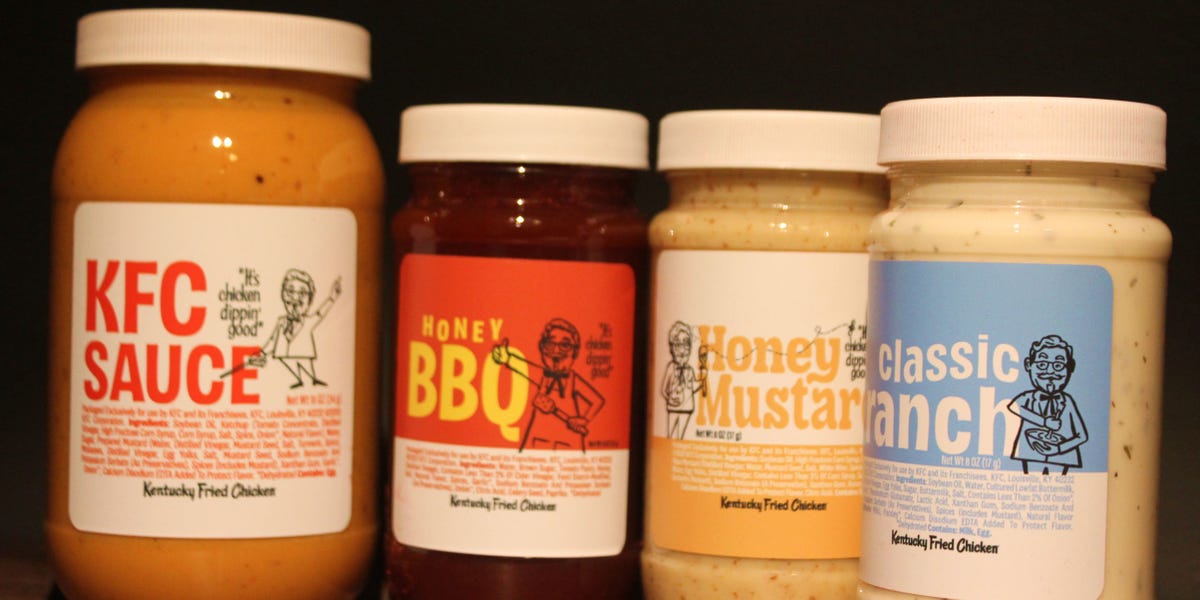 Chicken tenders are great, but the real superstars to any fast food cuisine are the dipping sauces.

In recognition of the importance of sauces, Kentucky Fried Chicken launched a new suite of condiments, including a never-before-seen, “KFC Sauce.”

The restaurant chain describes its new sauce as “tangy and sweet, with a bit of smokiness.”

For chicken-aficionados out there, you’ll notice KFC Sauce’s flavor profile is similar to Chick-fil-A Sauce, which the company describes as, “honey mustard and a smoky tang.”

KFC’s effort to create a competing sauce against Chick-fil-A is no small feat, but it is vital as the Georgia-based company continues to expand.

Chick-fil-A was the third-largest restaurant chain in the US in 2019, garnering a whopping $11.3 billion and earning more than Taco Bell, Wendy’s, and Burger King.

And Chick-fil-A isn’t slowing down anytime soon as the company plans to continue expanding outside of the south.

That could spell trouble for KFC, who is already competing with the growing chain for dining dollars.

So who is saucy enough to reign supreme? I dipped in and compared KFC’s new line of sauces against Chick-fil-A’s lineup to see who is the best.