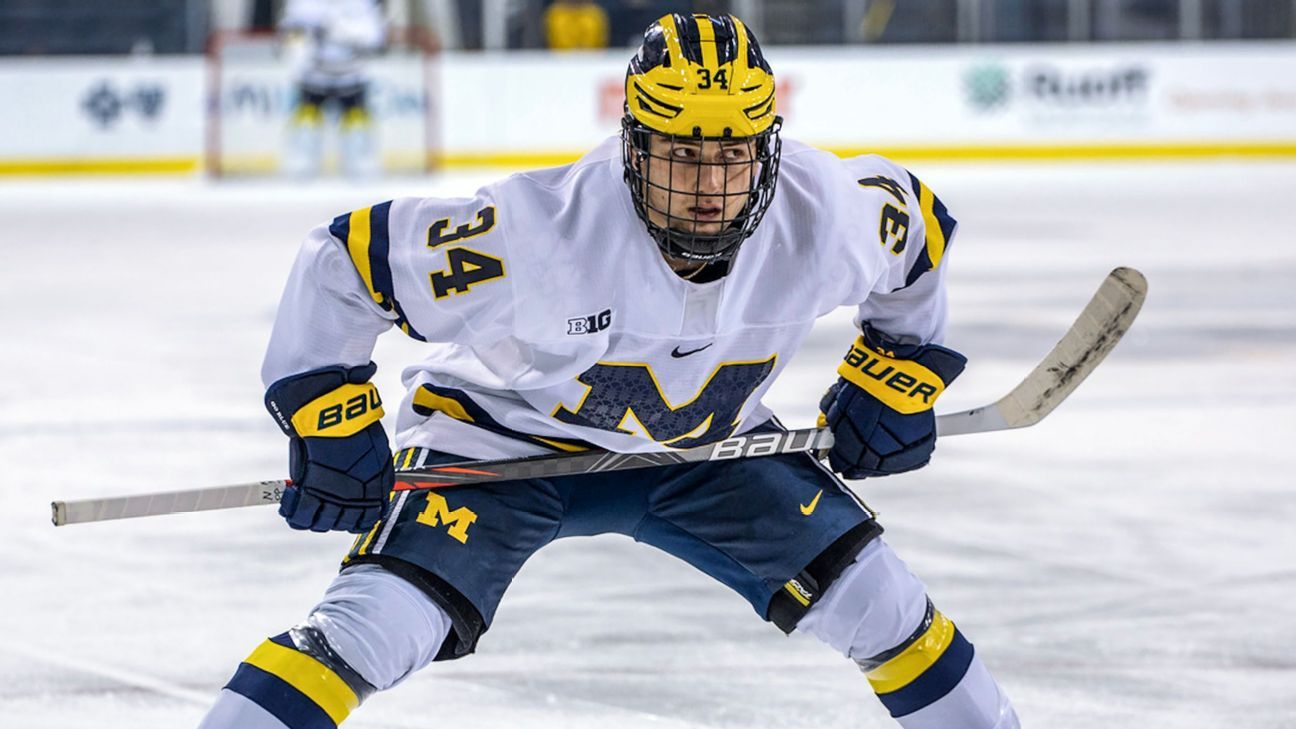 The halls of Yost Ice Arena should be bustling right now, with the Michigan Wolverines’ pep band blaring “The Victors” and the Children of Yost — the boisterous student section — heckling an opposing goaltender. But with no fans allowed in the building, one of college hockey’s most sacred cathedrals is empty. And yet, it certainly isn’t quiet.

Outscoring opponents 21-9 through six games, the No. 7 Michigan hockey team is making plenty of noise on the ice. Starting the season 4-2, the Wolverines’ offensive attack is spearheaded by a group of freshmen that has come in with an incredible amount of hype, attention and expectations, shining a bright spotlight on the program.

Head coach Mel Pearson brought in 10 first-year players, four of whom were already drafted into the NHL and three of whom could each go in the top 10 of the 2021 draft. Among them is 6-foot-5 two-way defenseman Owen Power, who was ranked as ESPN’s preseason No. 1 prospect for the next year’s draft and is poised to be the highest-drafted collegiate player since Jack Eichel (No. 2) in 2015.

If they could, scouts would be taking up a rather large section of seats in Yost. Due to local regulations to mitigate the spread of the COVID-19, however, the school has not allowed spectators into the building, including scouts who now have to catch the team on video like everyone else. (The Wolverines travel to Penn State for a Big Ten matchup on Wednesday at 6 p.m. ET on ESPNU and the ESPN app.)

Subscribe to ESPN+ to get access to all premium articles, Fantasy tools, plus thousands of your favorite sporting events and ESPN+ originals for just $5.99/mo